The time has finally come for Audi’s sportier E-Tron models to hit the market: meet the new E-Tron S and E-Tron S Sportback.

The hotter variant of Audi’s electric SUV models is the first mass-produced electric car in the market to feature three electric motors, featuring two of them on the rear axle and another one upfront. 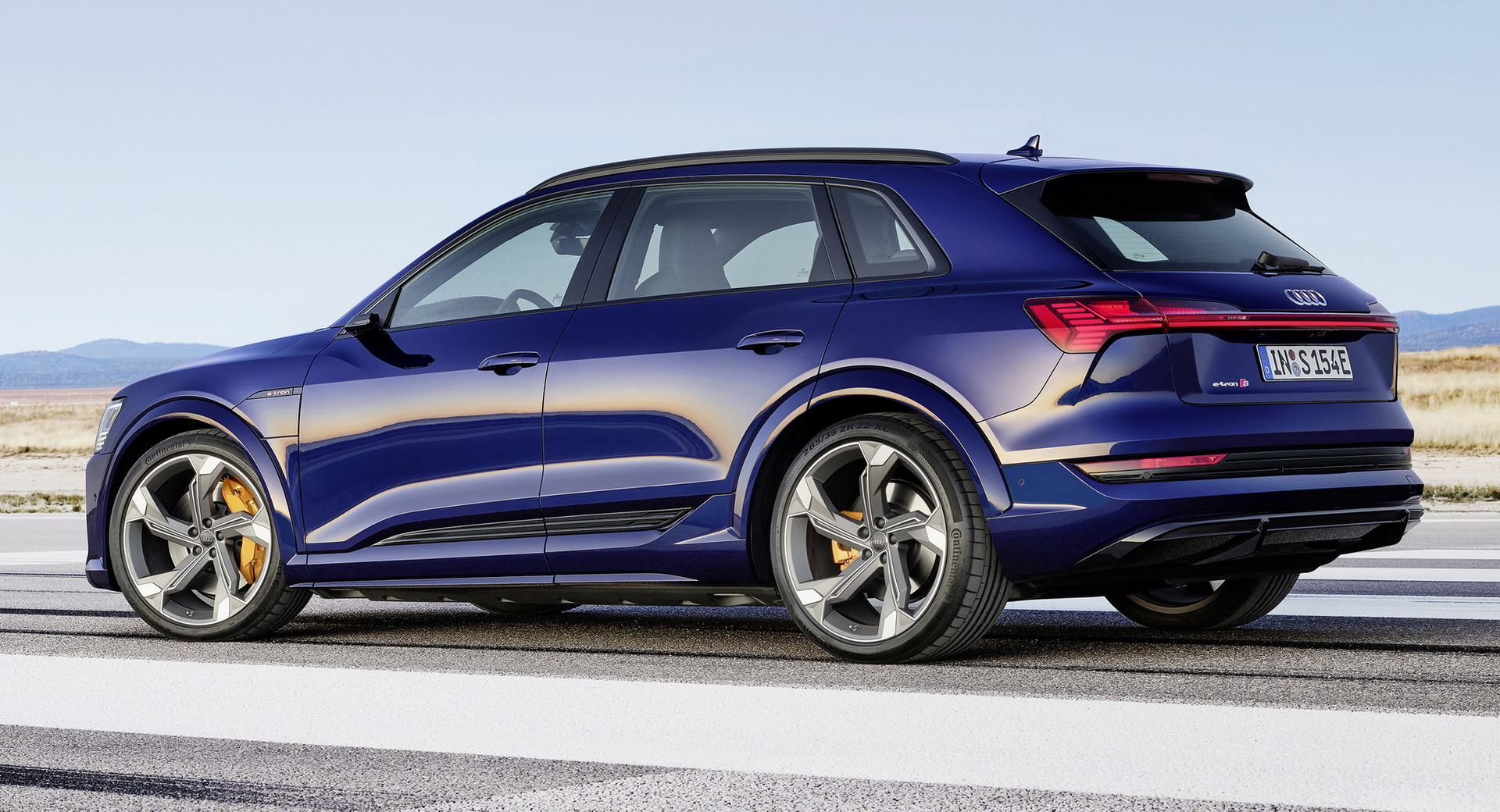 The new range-toppers of the E-Tron SUV range are compatible with up to 150kW of fast-charging, with Audi claiming a charge time from 5 to 80 percent in around half an hour.

Perhaps the biggest visual difference of the new E-Tron S from its lesser siblings is the added width by almost 2 inches (5 cm), courtesy of the wider fender flares. These are combined with not only a larger set of alloys but also more aggressive bumpers front and rear, with the latter featuring a diffuser insert across the entire width of the car. 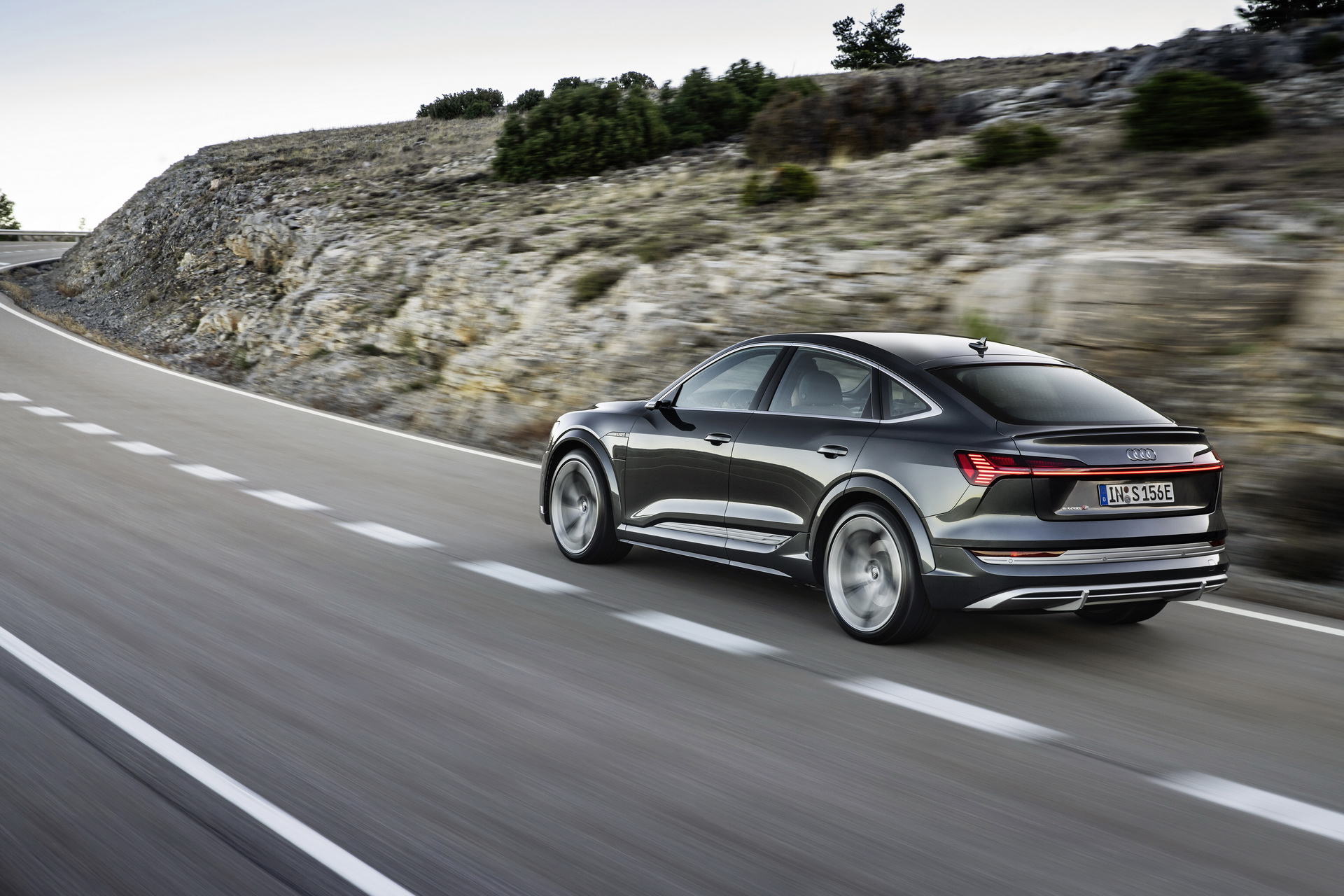 Despite the more aggressive appearance, Audi’s new performance electric SUV models still offer a drag coefficient of 0.26 in the case of the Sportback version and 0.28 for the regular E-Tron S.

An electric SUV that can drift

More importantly, the new Audi E-Tron S models feature real torque vectoring on the rear axle via the two electric motors in addition to all-wheel-drive. The standard adaptive air suspension comes with an S-specific setup and can vary the level of the body by up to 3 inches (76 mm), while the Audi Drive Select system offers seven modes. Stronger stabilizers and a revised ratio for the progressive steering are also present. 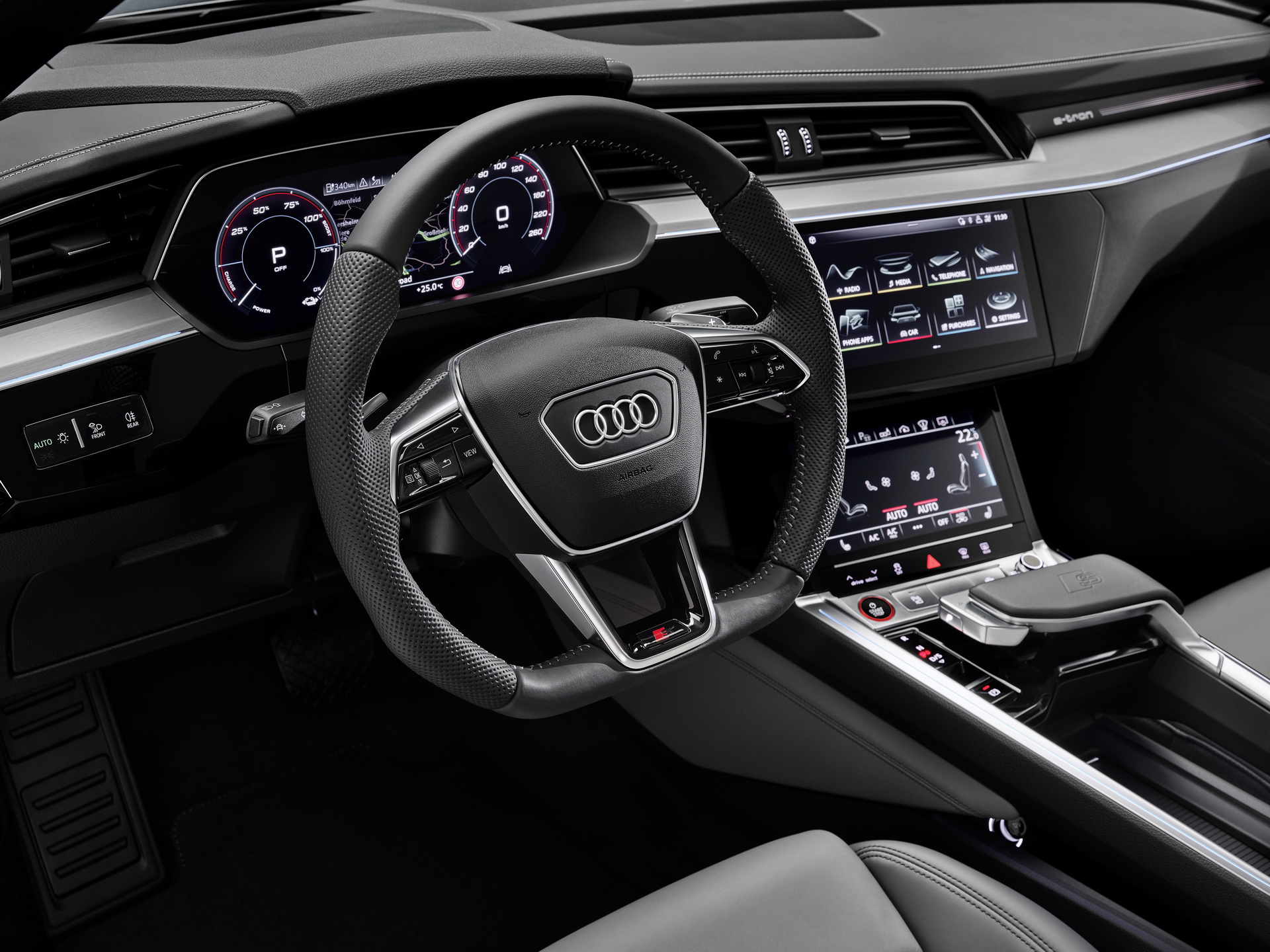 Audi says that the drive character of the first electric SUV models to wear the ‘S’ badge has a greater rear bias and that are able to deliver “controlled drifts” upon request. The brake system features six-piston calipers at the front together with 400mm discs, with customers able to have the former painted in orange.

As standard, the new E-Tron S and E-Tron S Sportback will come with 20-inch alloy wheels shod in 285-section tires. Customers will get to choose bigger 21-inch wheels from the get-go, with even larger 22-inch items to be added in the options list down the line.

Launching in Europe this fall