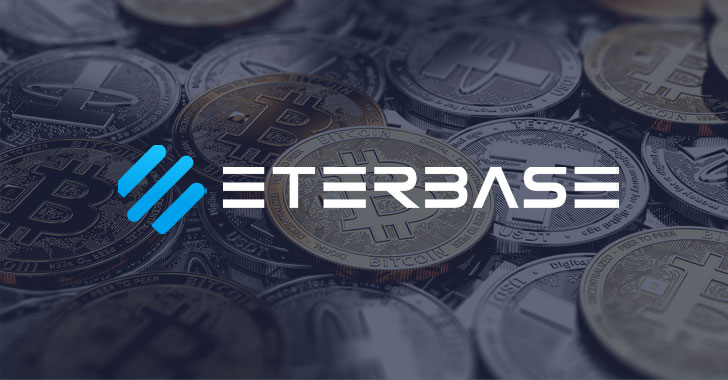 European cryptocurrency exchange Eterbase this week disclosed a massive breach of its network by an unknown group of hackers who stole cryptocurrencies worth 5.4 million dollars.

Eterbase, which has now entered maintenance mode until the security issue is resolved, described itself as Europe’s Premier Digital Asset Exchange.

Based in Bratislava, Slovakia, and launched in 2019, Eterbase is a small cryptocurrency exchange platform that focuses on crypto to SEPA integration (via individual IBAN accounts), multi-asset support, and regulatory compliance. 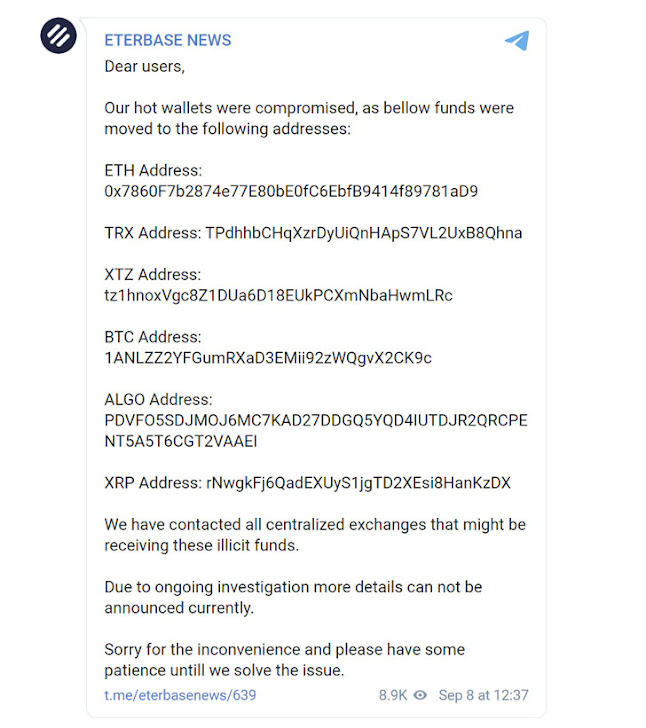 According to a tweet posted by the affected exchange, Eterbase tracked a big part of its stolen funds to centralized exchanges, including Binance, HitBTC, and Huobi, and contacted their support teams for further assistance.

The company has already notified law enforcement authorities and affected customers, assuring that they have enough capital to meet all the obligations and take all necessary steps to ensure that the amount of the deposit of their clients does not suffer any damage result of the hack.

“We want to inform our users that we have enough capital to meet all our obligations, and at the same time, we want to reassure everyone that this event won’t stop our journey!,” the exchange said.

Since the investigation is ongoing, the exchange refused to share more details of the security breach incident.

“After the security audit of renowned global companies, our operations will continue. We will announce the date of the re-opening of the ETERBASE Exchange platform as soon as possible,’ the company said.