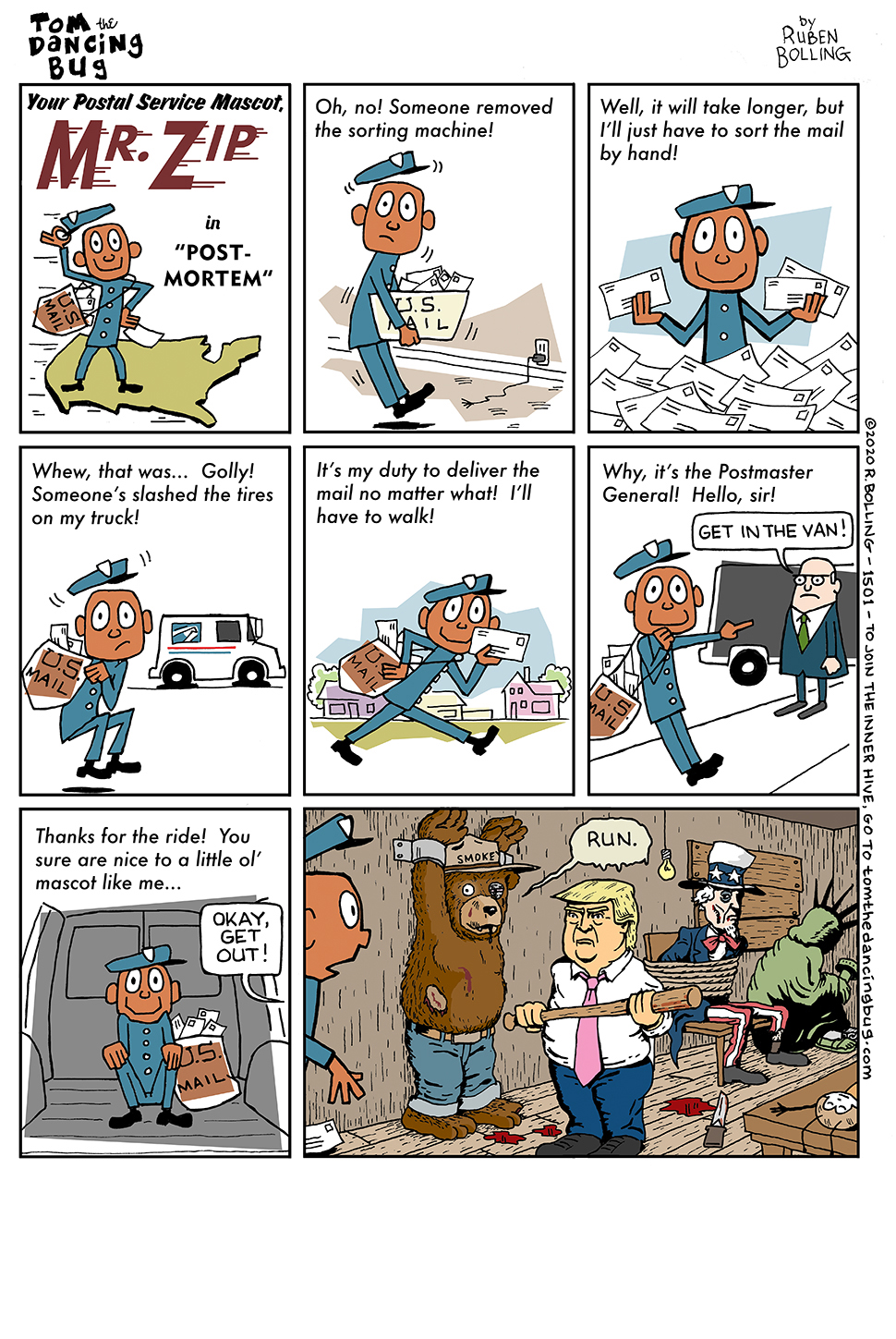 “Each week Ruben Bolling takes an unassuming little blank white rectangle and fills it up with clever cartoonery, sneaky commentary, and more political laughs than you can shake a stick at. All hail Tom the Dancing Bug!”
-Matt Groening

JOIN Tom the Dancing Bug’s INNER HIVE. Get exclusive access to comics before they are published, sneak peeks, insider scoops, and lots of other stuff. JOIN TODAY.

FOLLOW @RubenBolling on the Twitters and a Face Book perhaps some Insta-grams, and even my/our MeWe.

So what’s your biggest overall concern about that wad of credit cards and cash you’ve got stuffed into your pocket?  Are you worried that crooks will use radio-frequency identification (RFID) to read and swipe information stored on the chip attached to your card? Are you fretting about the bacteria and other viral matter that could […]

With summer gone, time to stock up on your fall mask options

Back in March and April, we were all hopeful. But now, as we segue past Memorial Day into the onset of fall and with the winter season fast approaching, the reality is setting in. Masks are a part of our lives now. And they will remain that way for the foreseeable future. Even as we […]

This emergency jumpstarter, flashlight and power bank is a 3-in-1 lifesaver

No, your phone does not qualify as emergency tech. While it’s obviously a huge help when you find yourself in a jam, your phone’s main utility in the event you’re stranded with a dead vehicle or stuck somewhere in the middle of the night is to call somebody for help. Instead, you should always have […]