Shares of Overstock.com (NASDAQ:OSTK) jumped 25% this morning and remain up 9% as of 3:55 p.m. EDT. The gain is related to news on a cryptocurrency subsidiary of the online retailer.

Overstock has its well-known online retail business, but it also has blockchain and cryptocurrency subsidiaries. 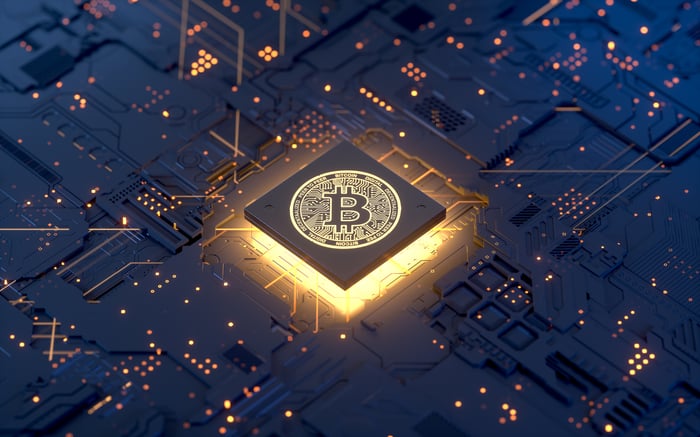 Medici Ventures is its blockchain-technology subsidiary with the goal to leverage the technology “to generate efficiencies and increase security and control.” Medici has its own subsidiaries, including one called tZero that was set up to trade cryptocurrencies.

tZERO mainly works to promote the development and adoption of digital securities. It announced today that the Financial Industry Regulatory Authority (FINRA) has approved the membership application of tZero Markets to be a retail broker-dealer.

The approval allows tZero Markets to become a retail brokerage for cryptocurrencies, as well as allowing for capital-raising services. tZero CEO Saum Noursalehi said in a statement that he expects tZero Markets to begin its services within a couple of months. The company added that “tZERO is a technology firm with the goal of democratizing access to private capital markets.”

Medici and tZero aren’t yet big contributors for Overstock. The retailer had revenue of $767 million in the latest quarter ending June 30. In that quarter, tZero and Medici contributed additional revenue of $12.7 million and $2.9 million, respectively.

But adding blockchain technology and cryptocurrency markets to its portfolio has investors thinking that there may be more upside to come.

Getting Drawn Into DeFi? Here Are 3 Major Considerations

Build The Truth Block By Block